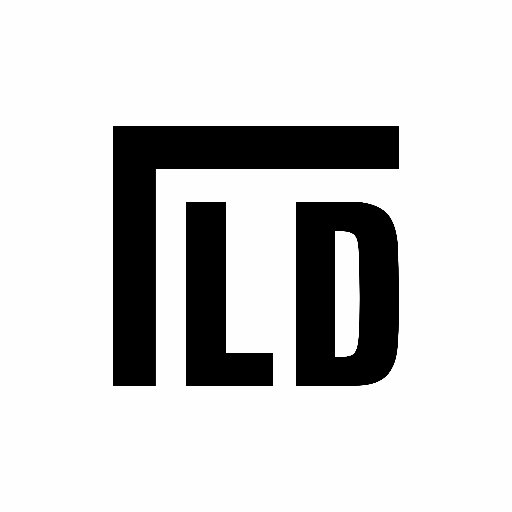 Long Division 2018 headline act Billy Bragg is clearly making up for lost time. The Bard of Barking, author and socialist agitator recently turned sixty, confessing to the packed Saturday night Cathedral crowd that it’s the first time he’s ever performed in Wakefield, somewhat surprising for someone with about a million gigs under his belt.


Fortunately the locals have clearly got their money’s worth though with no fewer than three Bragg appearances over the weekend; firstly, at the Friday evening song writing workshop ‘Write Place, Write Time’, together with an impromptu lunchtime gig at local vinyl specialists Wah-Wah Records, including a stirring rendition of the Elvis classic ‘Can’t Help Falling in Love’ with the help of the clearly thrilled shoppers;  not forgetting tonight’s stirring headline set at the City’s iconic ecclesiastical landmark. 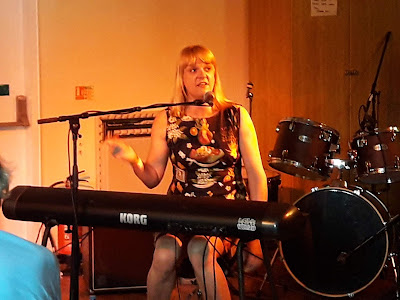 Hopefully during his visit, Bragg stopped by to visit the city’s Labour Club, also known as The Red Shed; one of Wakefield’s more intimate Long Division venues where at the start of the day, local troubadour answering to the moniker The Bleeding Obvious shares her uplifting crusade for identity via a bunch of quirky pop numbers. Ironically, set highlight ‘The Last Thought’, a tender and heartfelt ode to significant others across the world, wouldn’t feel out of place on a Bragg record. 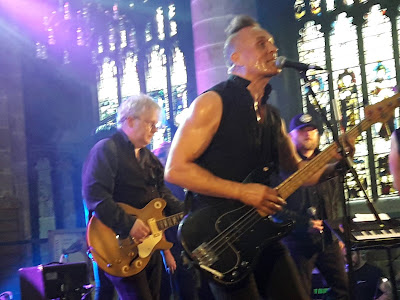 The city’s cathedral certainly dominates the local skyline, proving the ideal foil for veteran goth-punks The Membranes who fittingly have their own choir in tow. Conducted by Claire Pilling, her cohorts really add some oomph to ‘Black is the Colour’ and ‘Do the Supernova’, frontman John Robb as usual leaving everything on the stage. 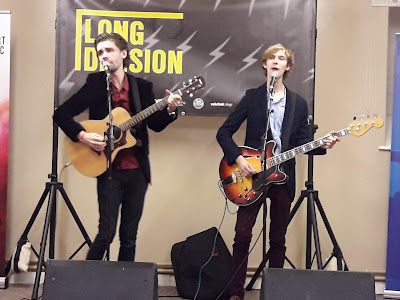 Another religious venue on today’s Long Division roster is St Austin’s Theatre, an adjunct to the Roman Catholic church bearing the same name where Daniel Parker-Smith and Ben Schrodel, twin frontmen of Leeds duo The Harriets, treat everyone to some close vocal harmonies wrapped around their idiosyncratic kitchen sink pop. 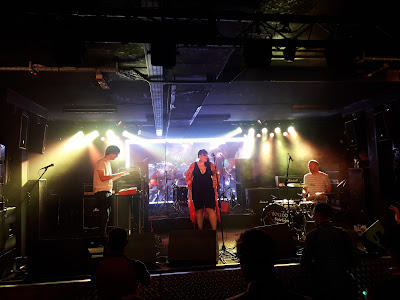 Galaxians are another fine local outfit who’ve been making arses wiggle for many years, their old-skool electro funk synth/drums duo now augmented by the soulful chanteuse Emma Mason to thrilling effect. With the crowd handed out dozens of finger lights to illuminate the shapes they’re throwing, they respond by turning Warehouse 23 into something resembling Area 51; during the band’s storming selection of tracks from latest long player ‘Let the Rhythm In’; take me to your dealer, sorry, leader! 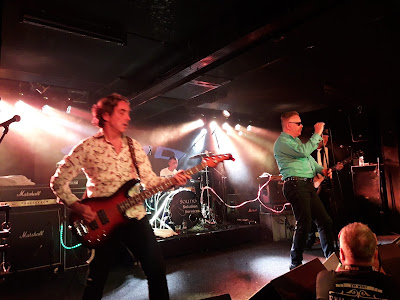 Following that might have proved a tall order for all but the hardiest rockers but the Long Division curators were always one step ahead. The appearance of Leeds heroes Cud who’ve been around the block a few times and are still mightily revered in this neck of the woods, meant the venue suddenly filled to the rafters as they opened with the still fabulously funky ‘Purple Love Balloon’ and never looked back. 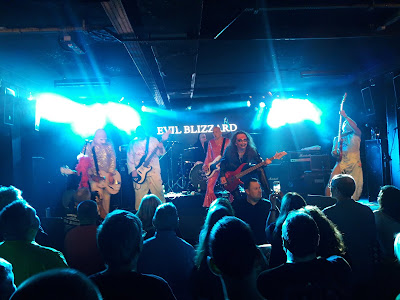 Predictably things thinned out somewhat when Carl Puttnam and fellow bandmates departed; Evil Blizzard drummer vocalist Side, quick to lambast the crowd as the band hit the stage to a load of booing with their Victorian freak show space rock. For the uninitiated, the Blizz also boast five bass players, each decked out in unique Hammer Horror garb as the sextet combine to propel you towards the heart of the sun with a sonic boom loud enough to fracture the planet; the perfect warm up ahead of next week’s new album launch ‘The Worst Show on Earth’. 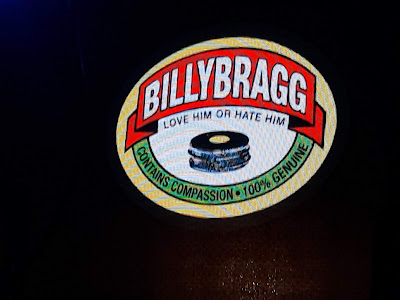 Finally, to cleanse the soul following that debauched rock and roll excess, it’s back to a rammed cathedral to witness the final half of Billy Bragg, at one with an enraptured audience; just himself, a trusty guitar plus an occasional guest player, at one point adding sublime pedal guitar at the denouement of the achingly beautiful ‘Levi Stubbs’ Tears’, effortlessly filling every nook and cranny of this hallowed edifice. ‘Handyman Blues’ and ‘Greetings to the New Brunette’ are warmly received before ‘There is Power in a Union’, practically brings the house down. 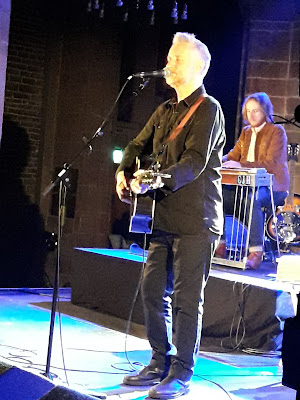 Despite overrunning, we’re treated to a two-song encore, firstly Bragg’s prescient take on Dylan’s ‘The Times They are a Changin'’ before concluding with ‘A New England’ including as a tribute to the still missed Kirsty MacColl, the third verse she added to the song when covering it.

There are worse ways to spend a Saturday, and if hosting this event every two years means it’s as good as the 2018 incarnation, then I’m all for that.